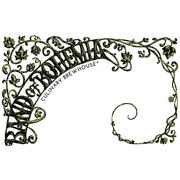 Band of Bohemia is currently looking for a Pastry Chef, responsible for pastry production, menu development, creativity, team leadership, mentoring, and general excellence. Applicants must be extremely competent in all pastry techniques and excel in creativity.

A quick overview of Band of Bohemia, we are the first ever Michelin Starred Brewpub. Our in-house beers are brewed with consideration to the seasons, and the food is then paired to match the flavors of the beers.

We are an owner run restaurant, meaning we taste and critique everything before it can be presented to a guest.

Open Jobs From Band of Bohemia

Conceptualized by Michael Carroll and Craig Sindelar, two long-time industry vets with pedigrees that include multiple continents and various Michelin two- and three-star restaurants between them (they met at Alinea), Band of Bohemia is a premier culinary brewhouse founded on ​an unapologetic philosophy that beer can not only enter into, but be truly quintessential to a finer dining experience. Here is a dedicated space that elevates beer to the highest standard of culinary sensibility. With a culinary team led by Chef Ian Davis. Band of Bohemia offers a fluid, evolving sanctuary that centers beer as a true pairing beverage in refined cuisine -- something not done before or since, throughout Chicago and beyond.

Open Jobs From Band of Bohemia