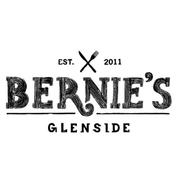 Glenside, PA
Glenside, PA
Part Time • Hourly (Based on Experience)
Expired: Sep 13, 2019
Your job failed to save at this time. Please try again later.
Sorry, this job expired on Sep 13, 2019. Below are other jobs that may be of interest to you.

Job Requirements:
• Ensure that everything guests will be needing is in order and clean
• Estimate wait times for guests and monitor guest waiting list
• Provide a menu for customers and explain the specials
• Regularly check the reservation book for next meal reservations
• Answer customer's questions accurately
• Make contact with guests as they leave, open the door and bid them goodbye
• Ensure effective and fast delivery service by the servers
• Inspect dining facilities and ensure proper maintenance
• Assign tasks to the serving personnel for smooth running of the business
• Ensure that guests are being attended to
• Welcome and greet guests as they arrive and escort guests to their seats
• Schedule reservations in advance for guests
• Ensure that guests receive quality service
• Ensure that all guests requirements are met in a timely manner
• Introduce guests to their servers and monitor the activities of the servers
• Answer phones and answer any questions concerning the restaurant

Personal Requirements:
• Self-discipline, initiative, leadership ability and outgoing
• Ability to stand 100% of the time during work hours
• Pleasant, polite manner and a neat and clean appearance
• Patient with an ability to stay positive under pressure
• Positive attitude and excellent communication skills

In 2011, the owner purchased a small restaurant and bar in Oreland. We closed the old restaurant for two months and re-opened it as Bernie's Pub. It was a hit from day one. We loved our Oreland family and for nearly four years they loved us right back. But Bernie's Pub, while nice, was small. The kitchen was tiny and seating was limited.

So one day, the owner saw a vacant site on the corner of Highland Avenue and Wharton Road in Glenside. To be totally honest, he passed it twice a day for 3 years before he had the bright idea that the site could be the new home for Bernie's. The site had a lot to offer...located in Glenside, the hometown of the owner; close to Jenkintown and the Old York Road corridor and a few blocks away from the Keswick Theater. So, it had it all!

A phone call to the land owner later that day and year of planning, refining and building later, you have what you see now...Bernie's Restaurant and Bar...a roughly 170-seat restaurant (including the patio seating).