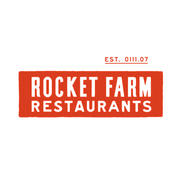 Atlanta, Georgia
Atlanta, Georgia
Full Time • Salary (Based on Experience)
Expired: Aug 3, 2019
Your job failed to save at this time. Please try again later.
Sorry, this job expired on Aug 3, 2019. Below are other jobs that may be of interest to you.

Perform other tasks or projects as assigned by the Accounting Director.

A review of this description has excluded the marginal functions of the position that are incidental to the performance of fundamental job duties. All duties and requirements are essential job functions.

This job description in no way states or implies that these are the only duties to be performed by the employee occupying this position. Employees will be required to perform any other job-related duties assigned by their supervisor.

NOTE: Probationary qualifications must be successfully completed in order to conclude the introductory period of employment.

Rocket Farm Restaurants (RFR) is a team of Atlanta-based chefs and restaurants helmed by Restaurateur Ford Fry. In January 2007, Fry put down roots in Atlanta with the opening of his first restaurant, JCT. Kitchen & Bar. In less than a decade, the company opened 10 more restaurants in Atlanta and one in Fry’s hometown of Houston. The food and environments the team creates continue to garner RFR significant accolades, including multiple James Beard nominations, FOOD & WINE magazine features, anEsquire magazine award for Best Restaurant in America, and inclusion on similar “best of” lists in Bon Appetit, Southern Living, the Atlanta Journal-Constitution, and more. RFR'S portfolio of restaurants includes JCT. Kitchen & Bar, no. 246, The Optimist, King + Duke, St. Cecilia, The El Felix, Superica, Marcel, State of Grace (RFR’s Houston property) and BeetleCat.