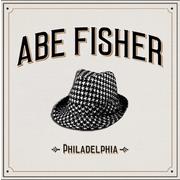 Abe Fisher is seeking a fired up line cook to join their team.

The right candidate will be dependable and be looking to both learn and grow every day. Qualified candidates will put forth a great attitude and a commitment to the team. Working on weekends is mandatory, and 2 years previous experience is required.

Abe Fisher is a part of CookNSolo restaurant group, with sister restaurants that include James Beard-award winning Zahav, Dizengoff, Federal Donuts, Rooster Soup Co., and Goldie, all in Philadelphia in addition to Dizengoff New York and the forthcoming Federal Donuts Miami.

Opened in the Summer of 2014, Abe Fisher is a part of the CookNSolo restaurants, which owns Philadelphia's groundbreaking modern Israeli restaurant –Zahav. Located at 1623 Sansom Street in the heart of Rittenhouse Square, Abe Fisher is helmed by Chef Yehuda Sichel, formerly of Zahav, Brasserie Perrier, and Grace in Los Angeles. The Abe Fisher menu pulls together centuries-old flavors that range from Budapest to Montreal to Brooklyn, creating a meal that both modernizes and elevates the long-familiar classics of Jewish soul food.

Dizengoff serves freshly-made hummus (heavy on the tehina) - topped with rotating seasonal garnishes like hot spiced lamb with pine nuts or avocado with harissa - accompanied by fresh, hearth-baked pita, chopped salad, and Israeli pickles. Lemonnana (Israeli-style frozen mint lemonade) and local craft beer wash down a vibrant and healthful meal that is a staple of every slice of Israeli society - from cab drivers to lawyers, cops to criminals, and politicians to students.

Abe Fisher is a member of the CooknSolo Restaurant group based in Philadelphia. Sister restaurants within CookNSolo include Zahav, Dizengoff, and Federal Donuts.