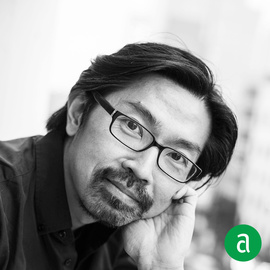 “Photography is ridiculously fun. I love the people that I work with and the travel that I get to do. I’ve been able to work with amazing people and chefs. My success is linked to their success – how they interpret their vision and capturing what they do is both a challenge and an inspiration.„

2005 - 2009
Contributor
Morris Visitor Publications
2005 - 2007
Photographer
The New York Sun
2003 - 2004
First Photo Assistant
Giacomo Bretzel Photography
2000 - 2002
Studio Assistant
Comstock Photography
New York, NY
EDUCATION
1997 - 1997
BA in Psychology
New York University
New York, NY
I discovered photography after I graduated from college with a degree in Psychology from New York University. I was working at a bookstore and became good friends with an artist named Shelton Walsmith. He showed me an old camera he had, a Twin Lens Reflex Yashica-mat, I had never seen anything like it. We started taking photos together, he, his girlfriend and I, and it became a real source of pleasure and creativity, and I enjoyed developing my eye over the next few years. In 2000, I got into a PhD for Literature at UC Irvine and moved to California, but I dropped out after a semester as I realized that it wasn’t the life I wanted. This is when I decided to get into photography as I enjoyed it and people gave me good feedback. I thought I’d try my luck and hopefully I’d be able to make it into a trade.
Looking at my career, it’s been a mix of things that have led me to where I am now: of course, I’ve worked hard, but also good luck, good luck, people who have been kind to me and generous with their knowledge, and me just trying to absorb as much as possible. Of course, there are challenges in this field. There’s always complication that happens, there’s competition – people who work for less than what they should – however, I feel lucky enough to have built up enough reputation to keep myself busy.
This food industry is small, it’s a lot about connections: my very first cookbook came through a friend of a work contact at The New York Times. That person vouched for me and it ended up turning into my first cookbook. Later on, meeting Chef Paul Liebrandt (the former Executive Chef of two Michelin-starred Corton) in 2008 and beginning to work with him led to the first book that really felt like what I wanted to be doing. It then opened up my name to other chefs of that caliber, people started noticing what I was doing.
I love collecting books and going through them for inspiration. Instagram, to a degree, is also a good source, it’s good to keep up with what's current. But, in photography, you’re always looking – so you’re constantly inspired by what's around you: movies, travels, the way light falls in different cities, at different times, and so on.
Two things I can’t live without to do my job: my passport and my appetite!
Be open to possibilities, responsive and always professional: it’s surprising how often people are flaky and don’t follow through. When I first started, I definitely was shooting whatever I could: say yes as much as possible because you never know who you’ll meet.
My first job in the field was working as a studio assistant at the now defunct stock photo agency, Comstock. I worked there for 2+ years. I had discovered photography more as a fine art practice with my friend Shelton. My time at Comstock, is where I learned all about the business side of photography, studio lighting, production. It was like going to graduate school for me.
After working as a studio assistant, I decided to move to Paris in 2003, thinking I had enough experience to work on my own. It was tougher than I expected to break in and I was on the verge of returning to New York when I met an Italian photographer, Giacomo Bretzel, who happened to need a new assistant. I ended up working with him for almost 2 years, traveling all over. He would shoot everything, from beauty to fashion, food and travel, cars. He was fun and dynamic. Later on, I came to realize that I had learned a lot from this experience. I really appreciated his ability to be diverse and practice different kinds of photography.
I moved back to New York at the end of 2004 and started shooting everything I could. The New York Sun newspaper gave me one of my first assignments, I'm pretty sure it was a food story about the original Momofuku Noodle Bar. Shortly after, I started doing restaurant reviews and other food assignments and pretty quickly became a freelance photographer for The New York Times. I continued shooting a lot of food and restaurants and that really changed everything for me.
Disclaimer: Individuals featured in the Inspirational Career Timelines section have been nominated by peers, colleagues and/or other members of the hospitality industry. It is to the best of our knowledge that each individual has demonstrated leadership and acted as a positive role model for others.